More Information about track and board track racing in the book Murderdrome.

The machine was in very bad condition and had undergone an extensive restoration which took around 5 years. Restauration was compleated in the early nienties and the racer was used since, providing a lot of fun! 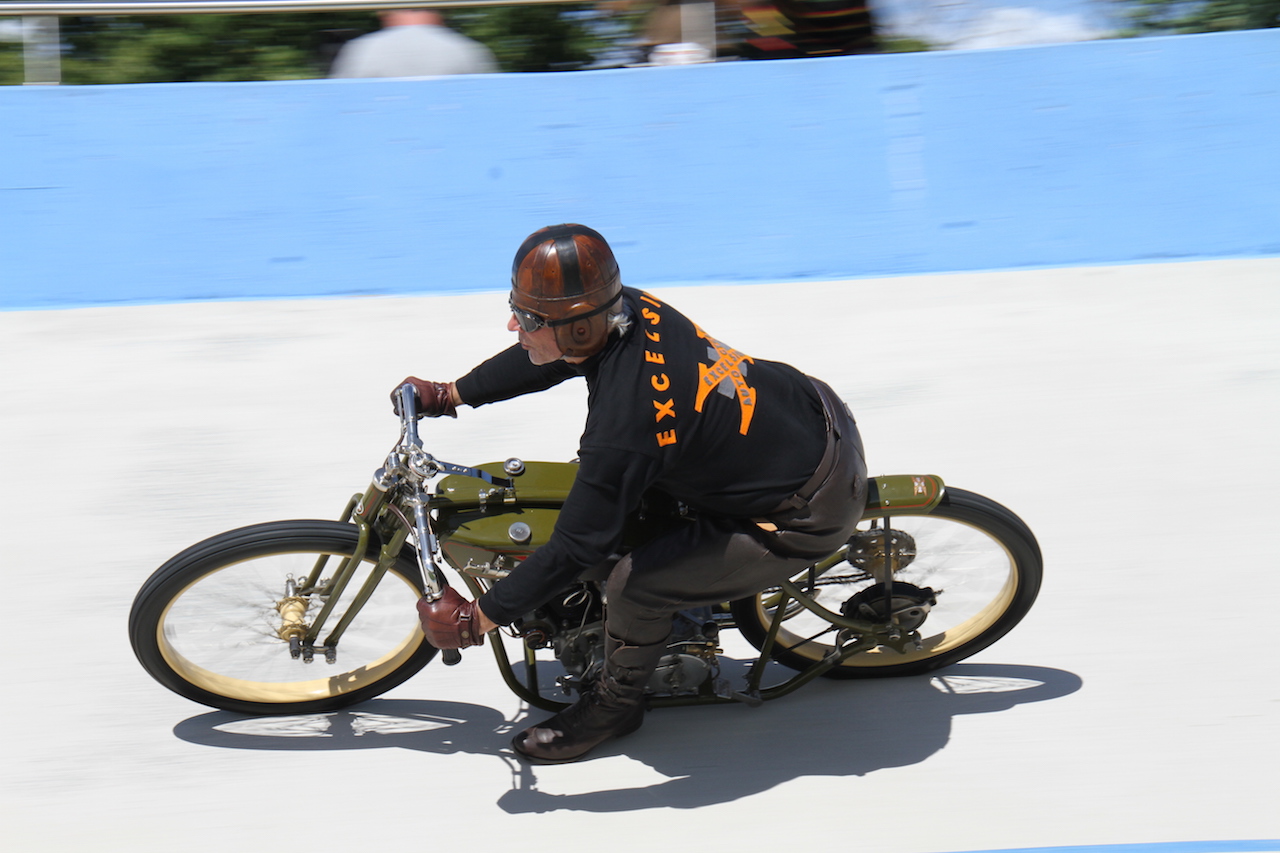 Below, Joe Petrali with the Super X racer. More Information about Excelsior

in the book American Excelsior  or American X. 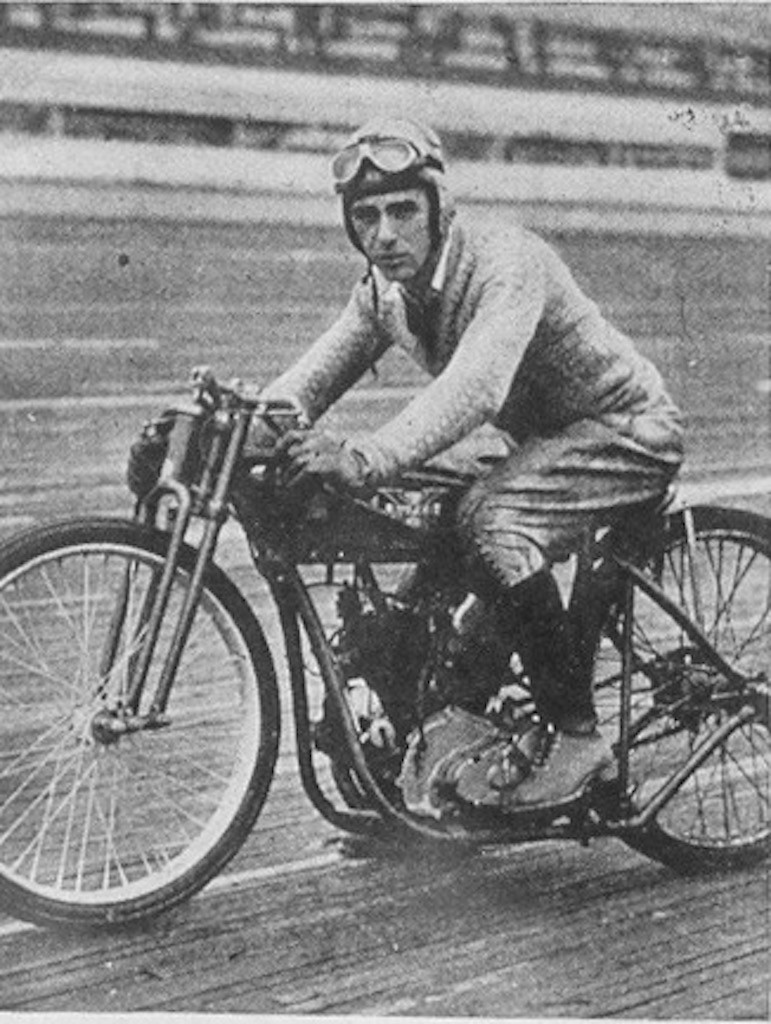 Below: Cleveland 4-45 (750 cc) Super Sport 1927 with Flying Merkel fork. It was usual to customize the machines for racing. The machine has also 28.1/4 racing tires fitted and a special tank. All unnecessary parts were removed for track racing.

Around 300 to 400 Cleveland Super Sports were made by the Cleveland Motorcycle Mfg. Company in Cleveland, Ohio, USA, before the model was replaced by a 61 cubic inch (998 cc) version late in 1927. Different color options were available. Rebuilding took around 4 years and was compleated in the nienties. Its so far the only machine known in Europe. 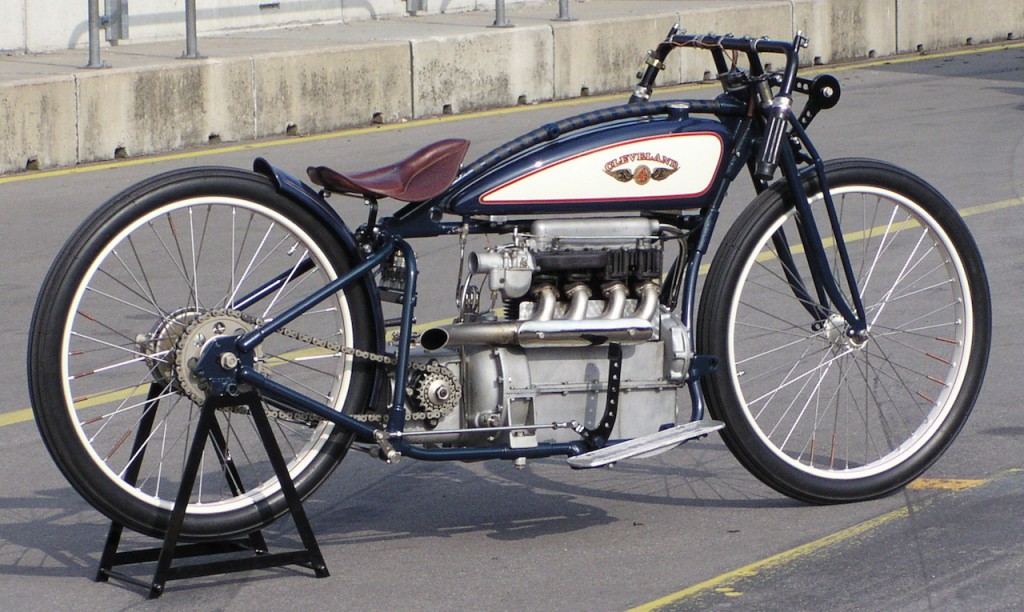 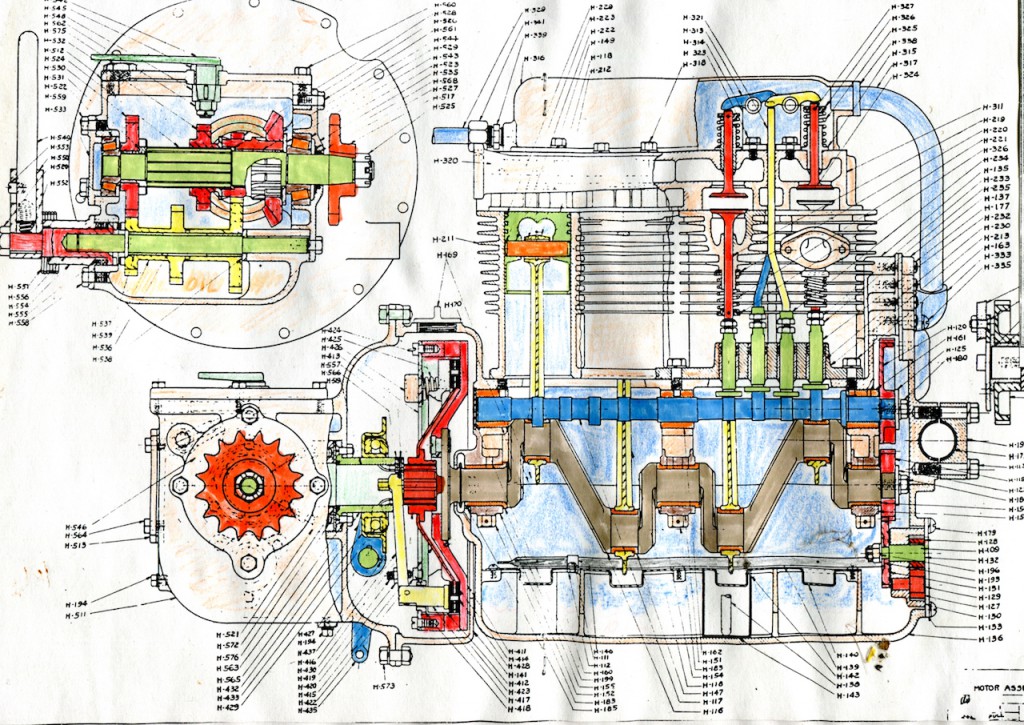 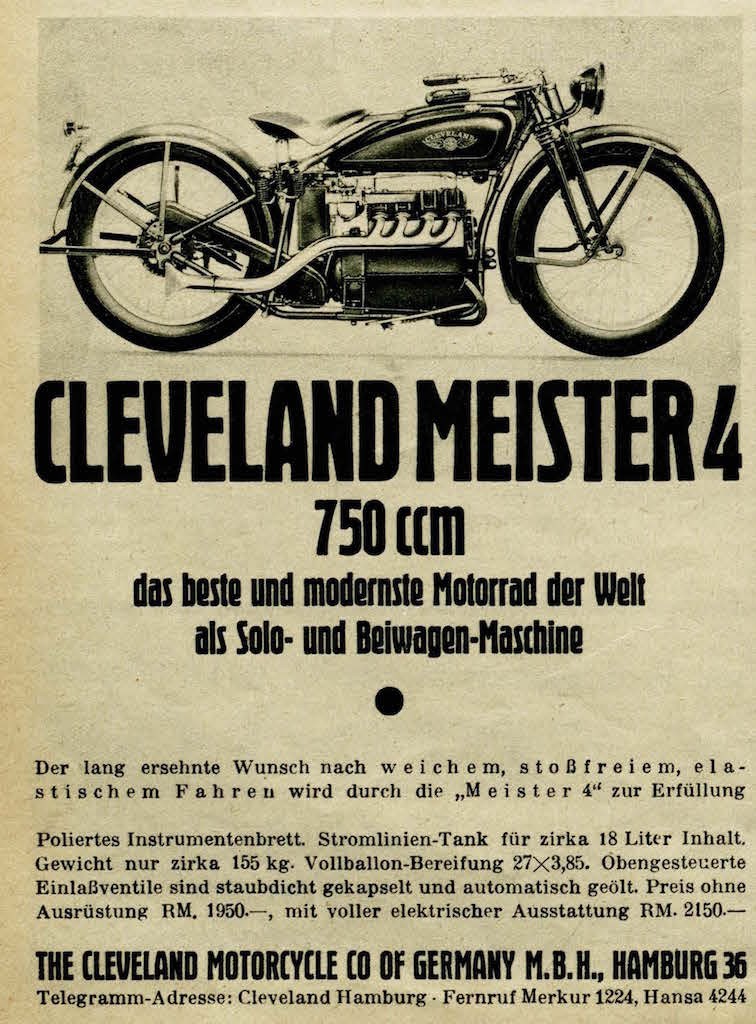